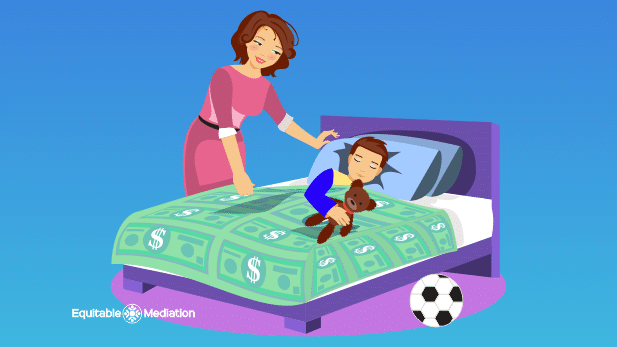 As a mom or dad preparing to start divorce mediation in New Jersey, your children are most likely your number one concern.

And they should be.

You love your kids and want the world for them.

So now that you're getting a divorce, how do you make sure they get the financial support they need in order to live healthy and happy lives?

And there's a lot more to child support in New Jersey than you might think.


What is The Purpose of Child Support?

Child support is one of four topics that are discussed and agreed upon in mediation along with:

The purpose of child support is to ensure that the financial needs of your children are being met by you and your soon-to-be ex-spouse.

But it's important that you understand that child support is about more than just money.

Many parents think the purpose of child support is to make sure they have enough money after they’re divorced to pay for the items their kids need.

But that’s only partially correct.

Divorce is hard on your children. The fighting and the stress you’re going through can really take a toll on them.

Soon you will no longer be husband and wife, but you’ll always be mom and dad.

Child support shows your kids you still love them and care about their well-being.


NJ has three main principles behind its Child Support Guidelines:

When it comes to New Jersey child support, it is pretty clear that you and your spouse must remain as responsible for your children financially after you're divorced as you were while you were married.


There are a few things you need to know about the challenges of determining child support in NJ:

That's why you will get the best result by mediating with us. 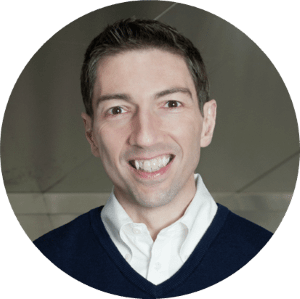 Most parents think the child support guidelines output a specific dollar amount and that’s that. But the reality is the guidelines are just a starting point for negotiations.

Plus there are a lot of expenses not covered by the basic child support amount.

That's why the best way to come to a fair agreement and ensure your children get the financial support they need is to work with an experienced mediator like me.

The child support guidelines in New Jersey only represent the minimum.

Federal law requires all 50 states to have a mechanized way by which to determine child support. So every state has a child support guideline and the formulas vary from state-to-state.

Some states use a simple percentage-based formula. You’d simply take a share of the supporting party’s income and give it to the other party and you’re done.

But not in New Jersey.

Determining child support in NJ is a very complicated undertaking.

The income shares model attempts to take into account a number of factors including:

There are also a number of other factors that may be applied.

From there, the NJ child support guideline will attempt to approximate the minimum amount of financial support needed to raise your children in the State of New Jersey.

Notice I didn't say "formula," I said guideline. And I didn’t say that the guidelines provide an "adequate" or "reasonable" amount of child support.

Don’t forget, this guideline was developed by the State of New Jersey. But the State of NJ doesn’t know the exact amount required to ensure your kids are properly supported so they’ll thrive.

Only you know what it really costs to raise your kids!

So while you might think you simply run the guideline and use the number calculated, it’s not even close. The reality is, the number isn’t a hard and fast formula, but rather, a suggestion.

And it’s just a starting point for negotiation.

From there, it’s up to you and your spouse to negotiate an agreement that’s in the best interests of your children and that you both find fair.

Which is not so easy to do.

Especially given the cost of living in towns like Montclair and Morristown!

See all of our NJ divorce mediation locations

A lot is left out of the NJ Child Support Guidelines.

So far, you've learned the child support NJ guidelines attempt to provide divorcing parents with an estimate of the minimum amount of financial support needed to raise your children.

And then it allocates a portion of that amount to each of you based on a number of factors.

But even when you run the guideline, there are still many other expenses that aren’t included.

The NJ child support guidelines factor in the following costs, among others:

The State of NJ regards these as the “ordinary expenses” incurred while raising a child.

But as a parent, you know there’s so much more involved than just feeding your kids and putting a roof over their head!

All of these are known as "extraordinary" expenses and are not included in the basic child support amount.

These items must be discussed and negotiated separately to ensure your children get the financial support they need and deserve.

Starting to see why determining child support is not as simple as using some free calculator you may have found on the Internet?

There are other exclusions to child support in New Jersey.

In addition to the ordinary and extraordinary costs associated with having a child, you and your spouse will also need to discuss and come to agreement on:

Making the list of what is not resolved by running the guidelines longer and longer.

In order for the NJ child support guideline to be applied as-is, your income and your spouse’s income must be predictable from month-to-month and year-to-year.

So if one or both of you earn more of your compensation from bonuses, commissions or stock options, the guidelines simply won’t work.

There’s an “upper-income limit” on the guidelines.

Meaning if you and your spouse collectively earn more than a set amount per year, the guidelines also won’t work.

Another example of why it’s called a child support guideline and not a formula.

In either case, you’ll have no choice but to skip the guidelines and negotiate instead.

Which is not always so easy to do.

And the answer to "how long is child support paid for in New Jersey" isn't as simple as you think.

Recently the Governor of NJ signed a bill into law which establishes 19 as the age when a parent's child support and/or medical support obligation will end.

The truth is there can be exceptions agreed upon by you and your spouse. As parents, the two of you have quite a bit of latitude to decide what works for your children, in your unique situation.

So while child support can end at age 19, more often than not, it doesn't.

When the law gets involved, it’s a problem.

There’s something you need to understand here: In a litigated divorce, a judge determines child support.

Because they’ll dictate the terms of the settlement in court and both spouses might wind up with something they don’t think is fair or that doesn’t appropriately meet the needs of their children.

That’s why it’s better to negotiate this issue out of court and that’s exactly what mediation is all about.

In mediation, you get to decide - and come to an agreement that's in the best interest of your children and you both agree is fair, instead of letting your future be decided by a stranger.

You’ll get the best result by mediating with us.

Child support issues will vary based on your situation and circumstances.

And as you’ve learned, there is more than meets the eye on this topic. So don't risk putting your children's financial future in jeopardy by trying to resolve child support on your own.

Use divorce mediation and work with us instead!

Using our extensive financial knowledge into the complex matters of child support in NJ, we’ll help you and your spouse determine a child support amount that accurately reflects your lives as parents and the specialized needs of your children.

One that covers all ordinary, extraordinary and future expenses.

Because no two situations are alike.

Your children are unique and your child support agreement should reflect that, too.

Equitable Mediation can help you prevent your children from becoming economic victims of your divorce.

Why be forced to accept a settlement created by a family law attorney or judge in court when you can have a direct say in creating an agreement that works for your children now and into the future instead?

If you want your divorce to be fair and equitable, and you want to make decisions as parents, not as litigants, do what’s best for your kids and mediate your divorce with Equitable Mediation.

If you and your spouse have both agreed to divorce and want to mediate, take the next step and book an initial meeting for the two of you.

Early in the process?

Get our Free eBook to learn about the benefits of mediating your divorce.

Before you go out and hire a divorce lawyer, learn why you owe it to yourself and your children to mediate instead.

Safeguarding Your Children in 2021 with Child Support in Illinois